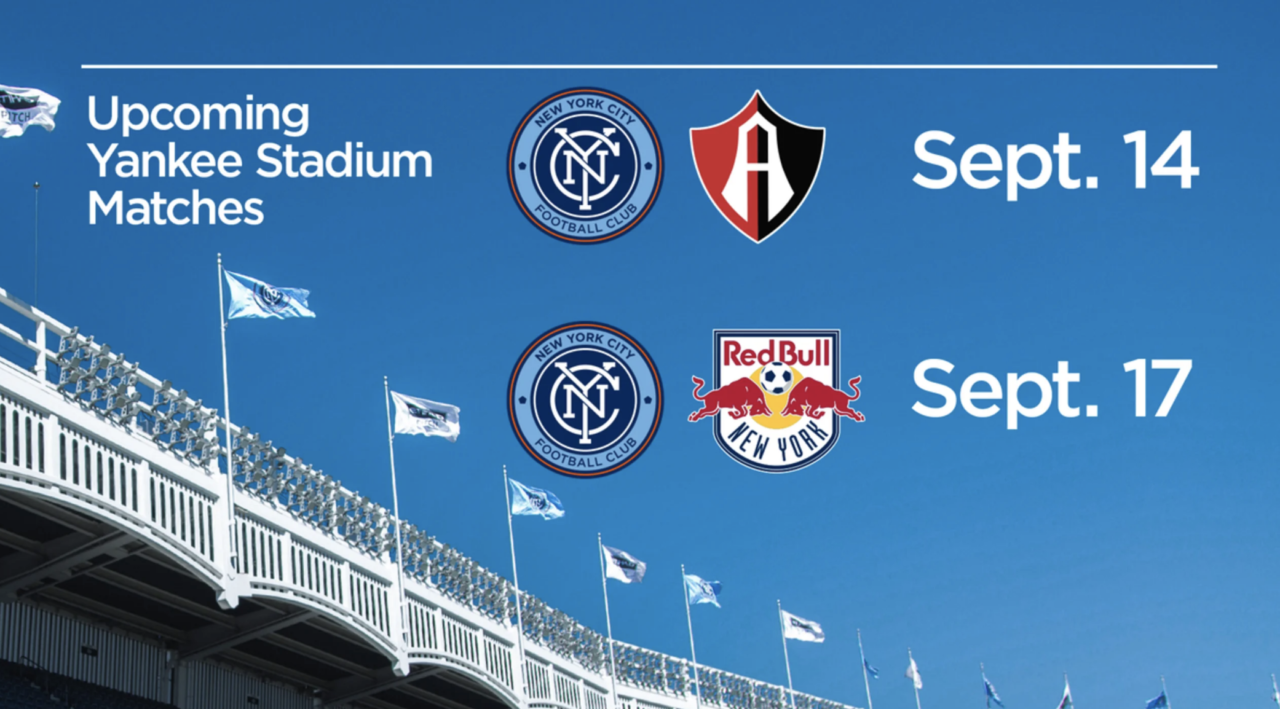 A Bronx Double Header | Be Part Of History.

What better way to spend a day than with the Boys in Blue in the heart of the Bronx. NYCFC are at Yankee Stadium on September 14 and 17 as they take on rivals both near and far.

Things kick off with Campeones Cup on September 14 where North America’s true champion will be revealed – Mexican powerhouse Atlas standing in the way of NYCFC and their second trophy in under 12 months.

Three days later, the boys are back in the Boogie Down Bronx to host Red Bulls in the second installment of the Hudson River Derby. Last time Nick Cushing’s side ran out winners, and they’ll be aiming to take the spoils once again.

Don’t miss a kick by claiming your tickets now. To those who reached this point, thank you! And your reward, a chance to win a signed Keaton Parks jersey by clicking here.