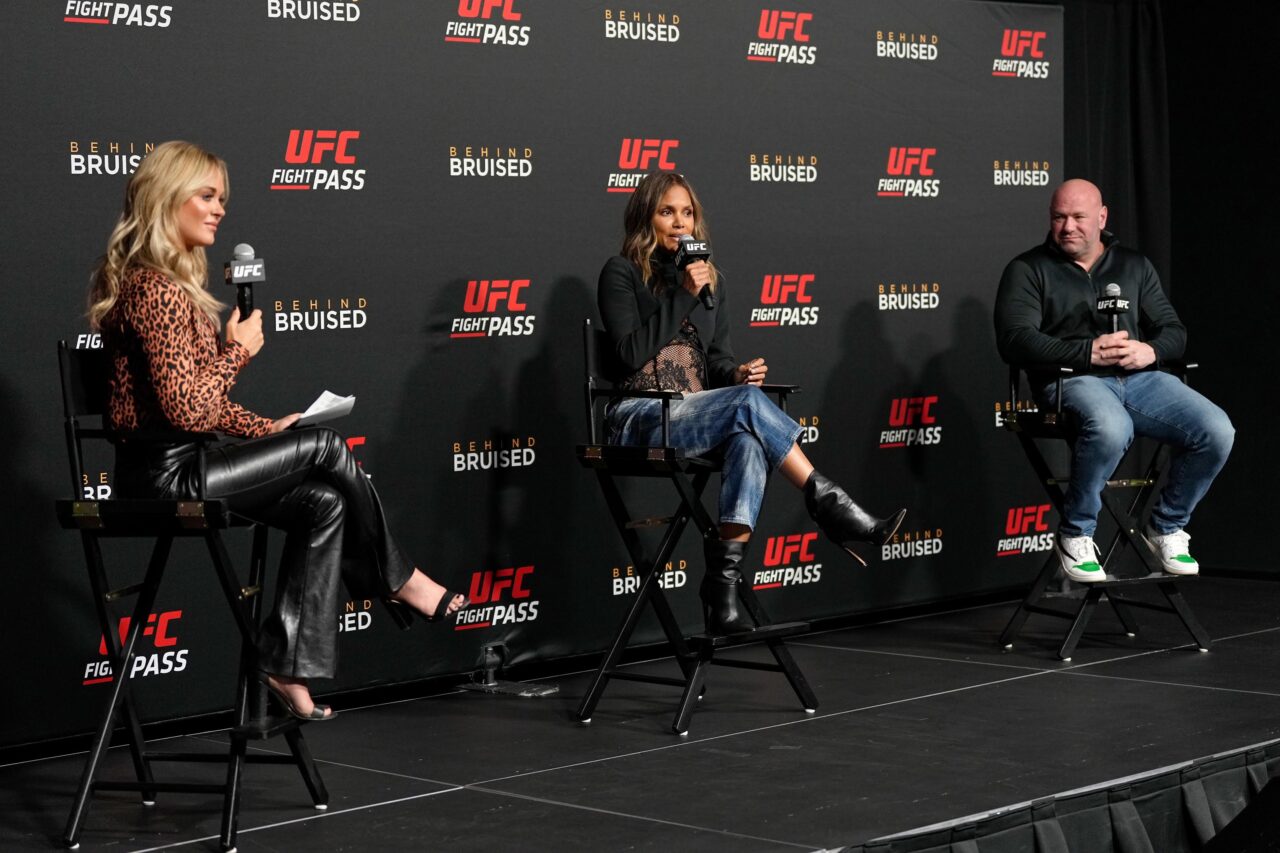 ‘BEHIND BRUISED’ PREMIERS AT UFC APEX

BEHIND BRUISED TO STREAM EXCLUSIVELY ON UFC FIGHT PASS

Las Vegas – Last night, following the UFC 272: COVINGTON vs MASVIDAL ceremonial weigh-ins, UFC invited media to attend a special presentation screening of Behind Bruised, an in-depth look at the lengths to which Halle Berry went to bring the vision of her film Bruised to life. After the screening, media had the chance to participate in a Q&A session with Bruised director and star Halle Berry and UFC President Dana White.

Moderated by Laura Sanko, the Q&A panel provided additional insight and backstory, along with humorous anecdotes, of the making of Bruised and Halle’s journey to portraying an MMA athlete. Download images from the event HERE

Behind Bruised will be available to stream exclusively on UFC Fight Pass immediately following the conclusion of UFC 272: COVINGTON vs MASVIDAL, which takes place today, March 5 at the T-Mobile Arena in Las Vegas.