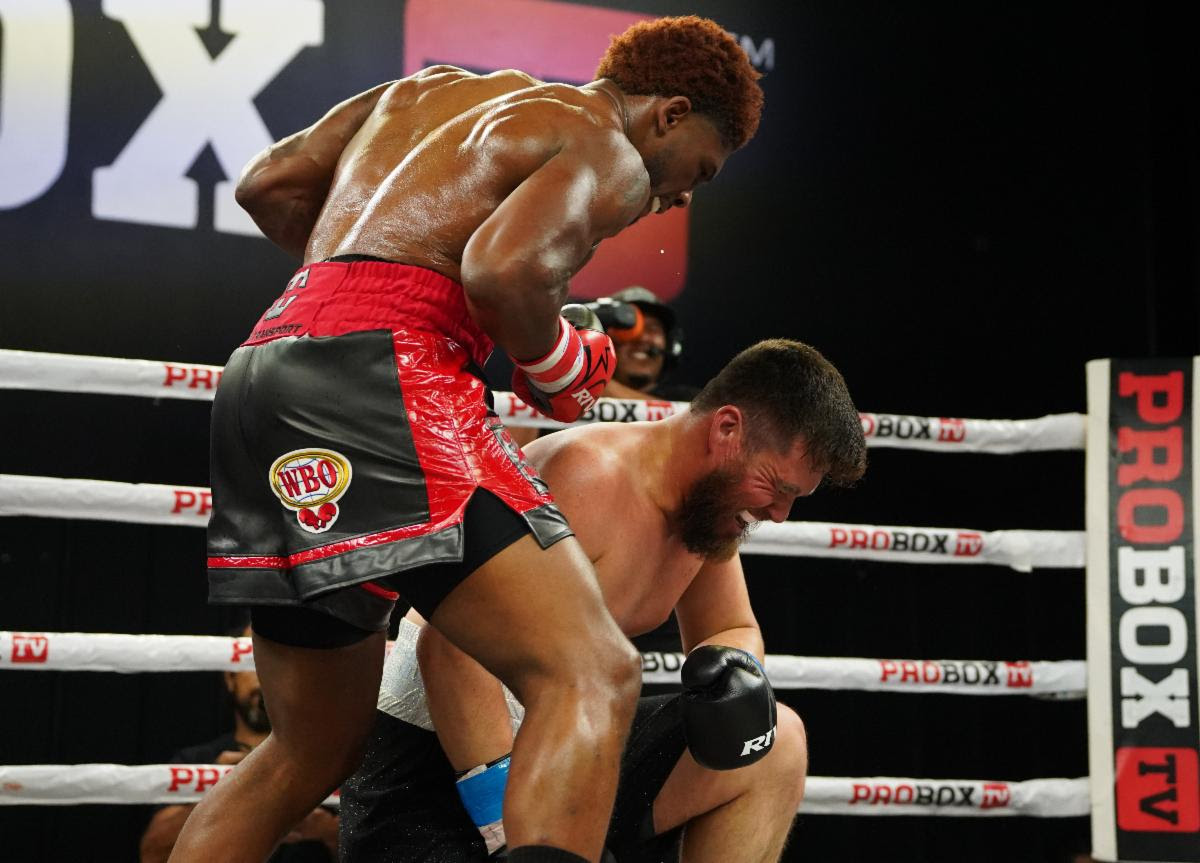 IN SPECTACULAR FASHION IN MAIN EVENT IN

The fight card took place at the ProBox Events Center in Plant City, Florida and was streamed live worldwide at PROBOXTV.com and the ProBox TV app.

Glanton:  “He came out just like I thought he would.  He came out punching.  But I don’t know why he decided to make it a battle of attrition because that’s my game.  He can punch.  I could see it coming from a mile away though. (The body shot) He gave it to me.  We talked about the 53 all camp.  We talked about it all day.  Body head.  But I did not expect it to come so easily.  I thought I was going to knock him out cold because he kept giving me the chin shot, but I went to the body and it was all over.  Liver shot. No, I did not see him hit the ref but I notice he got off me for a moment and didn’t know what was going on.”

Vansiclen:  “We studied him in camp but he actually didn’t fight the way I’d though he’d fight.  I think he was fighting back when I though he was going to rush me. Then he felt my left hand and I have one of the best left hands in boxing. That may sound crazy but I really believe in myself. I think it was a great fight and the fans really got treated to two undefeated guys going at it and I came in here. So now I am ready to take the next step. I saw I was ranked 20th is the US and he was ranked number 4 so I should move pretty far up now – I should be ranked top 5.  One of my coaches here was my college coach – at Washington, that’s why I’m rocking the Purple and Gold. National champion at Washington and made it to the Olympic trials and now I’m 13-0 as a pro and that’s awesome.”

Valle:  “I love fighting in front of my people and this is the best place to do it, and do it on ProBox TV.  I listen to my trainer, and he studies, and we put the work in.  We did it together.  I stay ready for the next month or two and get ready for the nest fight and hope to stay busy.  Thank you for all the support and I’m working on my Spanish and we’ll get there.”

A ProBox TV monthly subscription is $1.99.

There is also weekly original content produced by the founders including, podcasts, talk shows and in the gym content, plus monthly documentaries and behind the scenes content.