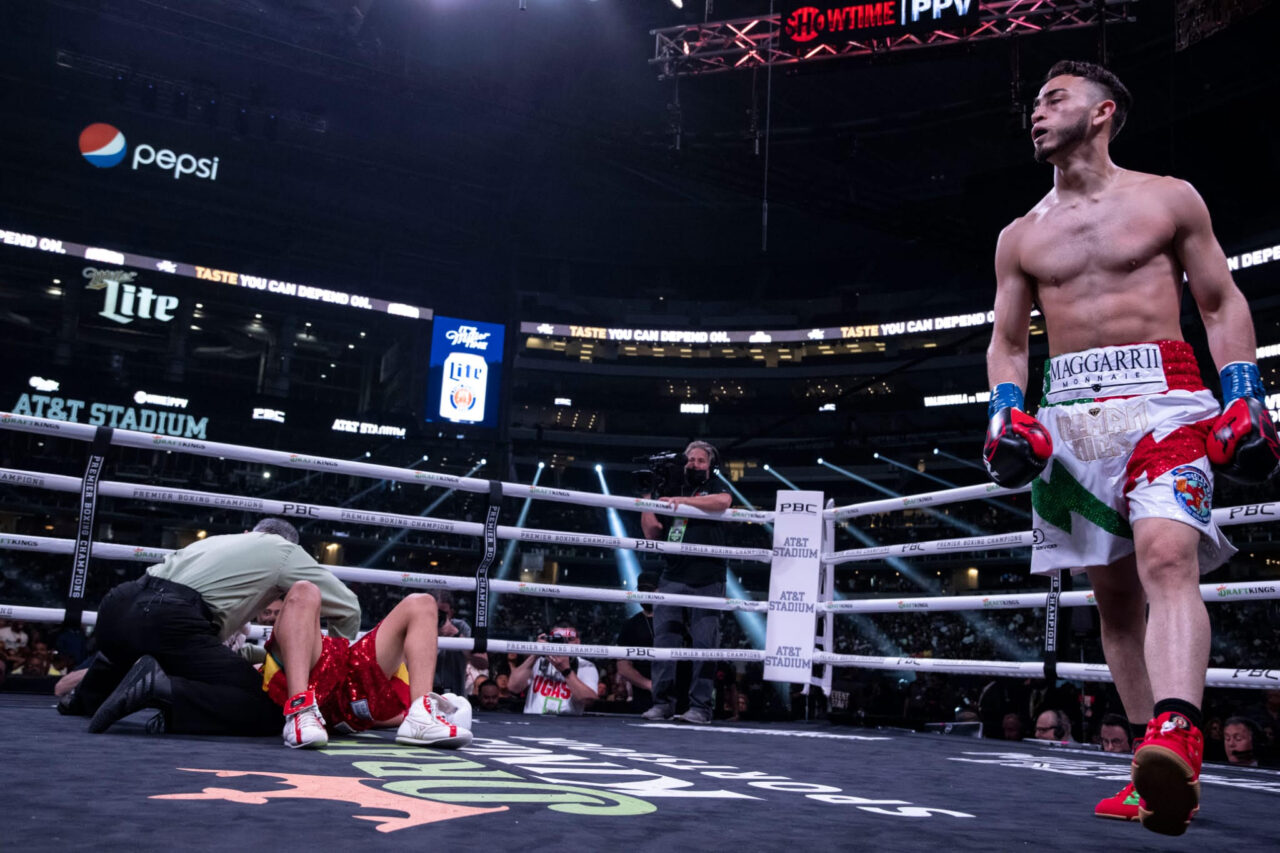 PHOTO BY LINA BAKER/@SEEYOURINGSIDE
(April 17, 2022 – Arlington, TX) – Rising Star José «El Rayo» Valenzuela (12-0, 8 KOs) made a startling statement about his punching power and future in the lightweight division in his bout with former champion Francisco «El Bandido» Vargas, (27-3-2, 19 KOs). Valenzuela landed a looping left hand that sent Vargas crashing to the canvas, prompting the referee to immediately stop the scheduled 10-round lightweight bout at 1:25 of the first round in Saturday’s second pay-per-view bout.
A stablemate of unbeaten two-time world champion David Benavidez, Valenzuela, 22, stepped back to avoid the 37-year-old Vargas’ jab and launched forward with a windup left that landed clean. Vargas, who won a 130-pound title in 2015, dropped his second straight while Valenzuela has now stopped seven of his last eight opponents.
“I worked hard for this and stayed calm, and I stayed patient and went for it when I saw the opening,” said Valenzuela, who referenced the support of Benavidez, standing in the ring next to him. “Working alongside this guy right here, David Benavidez, he has shown me a lot of things in and out. I look to see what he does and what he goes through. He tells me to be patient and that’s what I did. I was expecting (Vargas) to get up but when I took a look back, I knew. It was a good knockout.”
Valenzuela is now the WBC Lightweight Continental Americas Champion and only looks forward to moving up the rankings from this point on to become a World Champion.