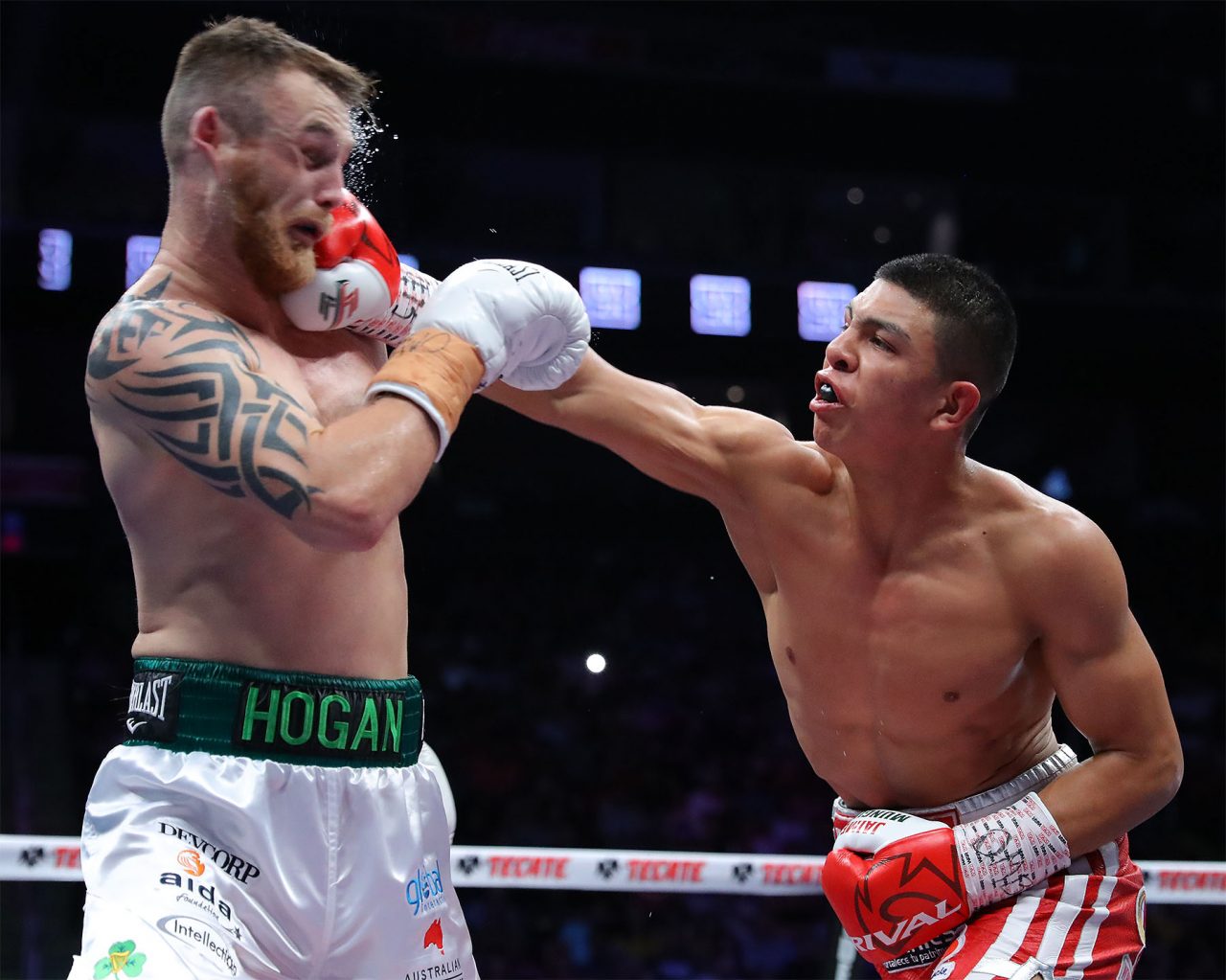 EL PASO, Texas (June 11, 2021) – Former world title challenger Kamil Szeremeta (21-1, 5 KOs) will step in to face Jaime Munguia (36-0, 29 KOs) in a 12-round bout for the WBO Intercontinental Middleweight Championship. The fight will take place on Saturday, June 19 at The University of Texas at El Paso’s Don Haskins Center and will be streamed live exclusively on DAZN worldwide, excluding Mexico, beginning at 12:30 p.m. PT/1:30 p.m. MDT/3:30 p.m. ET.
“I take my hat off to Jaime Munguia because he has remained calm and focused on his fight on June 19 despite so many changes,” said Oscar De La Hoya, Chairman and CEO of Golden Boy. “I am confident that he will make all the necessary changes and adjustments in order to walk away with his hand raised in victory. Kamil Szeremeta is the perfect challenge to show the world why he deserves a world title opportunity.”
“I have a lot of experience when it comes to opponent changes,” said Jaime Munguia. “Obviously, it’s different at this level because the preparation is stronger and more strategic. However, I’ve taken it very calmly, and we are going to make the necessary adjustments to walk away with our hand raised in victory on June 19.”
“I am delighted to be returning in such an important fight against Jaime Munguia,” said Kamil Szeremeta. “I understand the situation. Fight night is less than two weeks away. However, I’ve been preparing for an opportunity like this, and I will make sure to take it advantage of it. This June 19, I will score the upset against Munguia.”
“We are ready to show the world that Jaime Munguia is ready to become a two-division world champion,” said Fernando Beltran, CEO of Zanfer Promotions. “But first he will have to prove himself against a strong fighter in Kamil Szeremeta, whose only loss was to one of the best middleweights in recent years. With a resounding victory on June 19, the pride of Tijuana will put all the contenders in the division on notice.”
“On June 19, a standout Polish contender will headline a great boxing event against Jaime Munguia,” said Leon Margules, President of Warrior’s Boxing. “However, and contrary to what was expected, it will be Kamil Szeremeta who will represent Poland that night. I look forward to seeing him defeat Munguia and earn himself another world title opportunity.”
In the co-main event, rising Uzbek contender Bektemir “Bully” Melikuziev (7-0, 6 KOs) will face his toughest test to date against former world title challenger “King” Gabriel Rosado (25-13-1, 14 KOs) of Philadelphia, Pennsylvania in a 12-round fight for the WBO Intercontinental and WBA Continental Americas Super Middleweight Titles.
Ibeth “La Roca” Zamora (32-6, 12 KOs) of San Cristobal Huichochitlan, Toluca, Mexico will defend her WBC flyweight world championship against Olympic bronze medalist Marlen Esparza (9-1, 1 KO) of Houston, Texas in a 10-round fight.
Welterweight contender Blair “The Flair” Cobbs (14-0-1, 9 KOs) of Las Vegas, Nevada will fight Brad “King” Soloman (29-3, 9 KOs) of Lafayette, Louisiana in the 10-round opener of the DAZN stream.
Additional undercard fights will be streamed live via Facebook Watch.
Topping the undercard presentation is an exciting battle between two Golden Boy welterweights as Raul Curiel (9-0, 7 KOs) of Tampico, Mexico and Ferdinand Keroyban (14-1, 9 KOs) of North Hollywood, California meet in a 10-round fight.
Exciting southpaw contender Alexis “Lex” Rocha (16-1, 10 KOs) of Santa Ana, California will look to bounce back from his first defeat in a 10-round 147-pound battle against Jameson Bacon (26-4, 17 KOs) of Cebu, Philippines.
Tristan Kalkreuth (8-0, 6 KOs) of Duncanville, Texas will return to the ring in a six-round cruiserweight bout against Demetrius Banks (10-10-1, 5 KOs) of Detroit, Michigan.
Manuel Flores (9-0, 6 KOs) of Coachella, California will face Daniel Lozano (15-10-1, 11 KOs) of Bowling Green, Florida in a six-round super bantamweight battle.
Gregory “Goyo” Morales (12-0, 8 KOs) of San Antonio, Texas will put his undefeated record on the line in a six-round super bantamweight fight against a soon-to-be-announced opponent.