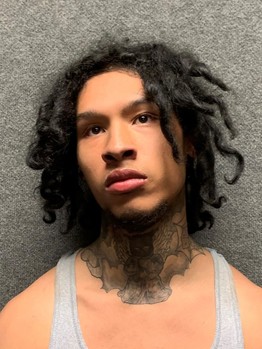 Leesburg, VA – On Monday, April 4, 2022 shortly before 2:30 A.M., the Leesburg Police Department Emergency Communications Center received a call for service for a suspicious event at an apartment located in the 0-99 block of Fort Evans Road NE. Leesburg Police Officers responded and located an adult male in the apartment with multiple gunshot wounds. The victim was declared deceased at the scene. His identity is being withheld pending notification of next of kin.

The suspect, Nelson Coronado Jr, 21, of Leesburg, remained on scene. He was taken into custody without incident and has been charged with one count of second-degree murder and one count of the use of a firearm in the commission of a felony. Coronado remains held at the Loudoun County Adult Detention Center on no bond. A firearm was recovered from the scene. Through the investigation it has been determined that Coronado was the sole suspect, and that the victim and suspect were known to each other.

The incident remains under investigation by the Leesburg Police Department Criminal Investigation Section. Anyone who has additional information about the incident is asked to contact Detective M. Pereira at 703-771-4500 or at mpereira@leesburgva.gov. If you wish to remain anonymous, please call the Leesburg Crime Line at 703-443-TIPS (8477). Information can also be sent using TIPSUBMIT via text. Text 274637 (CRIMES) and begin your message with LPDTIP.