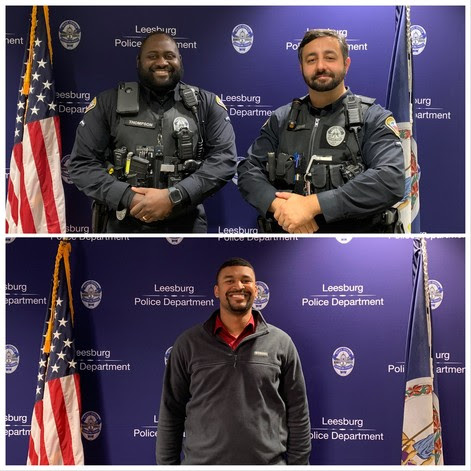 Leesburg, VA – Leesburg Police Officers, in collaboration with Inova Loudoun Hospital, once again participated in a cancer awareness campaign known as «No Shave November.” The purpose of the campaign is to bring awareness to patients that often lose their hair secondary to cancer treatment. During the month of November, participating members of the Leesburg Police Department were permitted to forego shaving for the month, in order to evoke conversation and raise cancer awareness.

Thank you to everyone who supported the Leesburg Police Department’s 2021 No Shave November campaign. With your support, we were able to raise more than $3,000.00 for the Cancer Patient Assistance Fund at Inova Loudoun Hospital. This fund supports the critical needs of cancer patients in Loudoun County, both during and after treatment, including assistance with bills, prescriptions, transportation, housing, and much more. Your charitable donations may help your neighbors, your friends, or possibly even your family members!

Officers and staff who chose to participate, each personally made a monetary donation and independently collected donations which have all been donated to the Cancer Patient Assistance Fund at Inova Loudoun Hospital. We would like to congratulate Officer Thompson, Officer Hachwi, and Officer Graves for each raising this year’s largest individual officer contributions to the fund in a three way tie! As a reward, these three officers have been granted permission to forgo shaving through the end of the year!