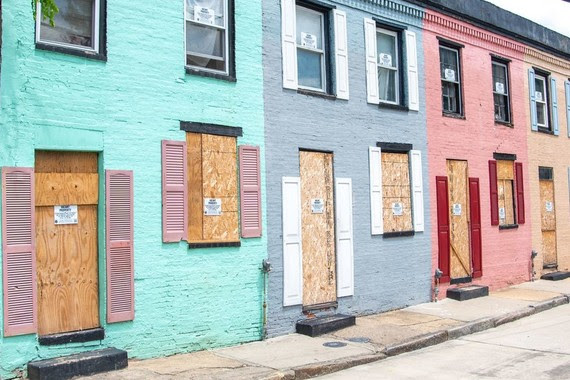 «My Administration has been working hand-in-hand with the community and the developer to address ongoing concerns regarding the longstanding Poppleton Redevelopment Project,» said Mayor Brandon M. Scott. «The advancing amendment reflects the agreed-upon outcome of negotiations, settles the debate about the N. Carrollton Avenue homes, and charts the path forward for the Sarah Ann houses.»

Key provisions of the amendment to be offered during the Board of Estimates meeting on Wednesday, July 20, include:

«I want to thank the Poppleton community for using their voice and exercising patience. We know this has been a long time coming,» continued Mayor Scott. «I also want to thank the developer for working with us to reach this agreement, and I welcome Black Women Build to the table as we move the Poppleton Project forward. This is a great example of the diverse partnerships necessary to advance equitable neighborhood development in tandem with the needs of our residents.»

«I’ve been fighting to save my home for the last 18 years, fighting for development without displacement. Let’s stop the misuse of eminent domain all across the state. This is a start, and I hope this is the beginning of more community involvement. Black neighborhoods matter. Poppleton matters,» said Mrs. Sonia Eaddy, homeowner and President of Poppleton Now Community Association.

«I am happy with the outcome we have all achieved through working with the Administration, our neighbors, and the La Cité team to construct a win for all,» said Dan Bythewood, Jr., President of La Cité Development. «La Cité looks forward to the future development of a Class A senior building, single-family homes, and additional multifamily buildings so that the successful redevelopment of the neighborhood is fulfilled.»

«With this amendment, we are entering the next chapter for the Poppleton Redevelopment Project,» said Housing Commissioner Alice Kennedy. «This is a chapter that will build trust, embrace community engagement, as well as refocus on increased homeownership opportunities.»