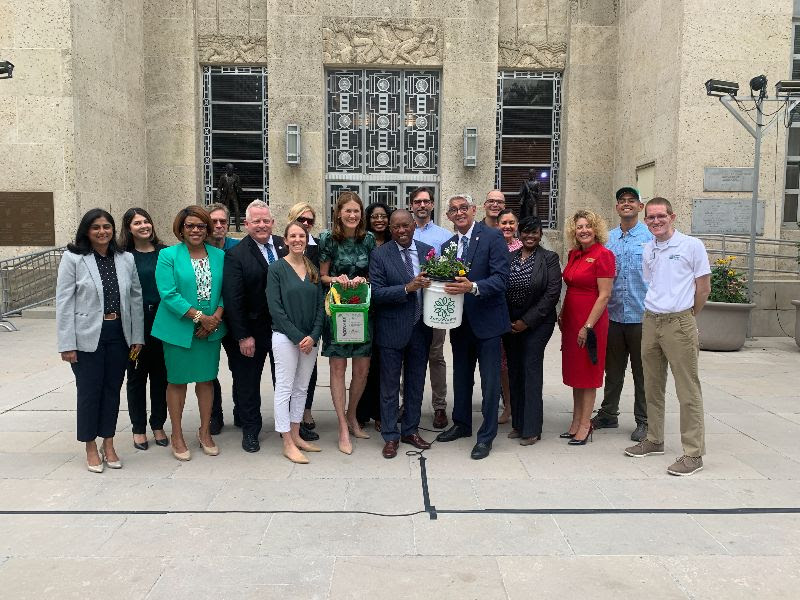 The pilot program was developed collaboratively between the City’s Solid Waste Management Department and the Mayor’s Office of Resilience and Sustainability, with support from City Council Members Sallie Alcorn, Abbie Kamin, Robert Gallegos, and Tarsha Jackson.

The pilot program will also allow the city to gather data on both community interest as well as on organics diversion. The program allows for a significant amount of organic items to be composted, including fruit and vegetable waste, paper towels, and more. A full list of items, as well as additional information about the program, is available at houstontx.gov/solidwaste/compost/.

Zero Waste Houston and Moonshot Composting were selected as vendors for the program and will provide collection services at the drop-off locations. Both vendors have generously donated their services at no cost to the city. Residents can drop off their weekly compost at the following locations and times.

About the Mayor’s Office of Resilience and Sustainability
The Mayor’s Office of Resilience and Sustainability is responsible for implementing the Resilient Houston Plan and the Houston Climate Action Plan (CAP). The plans provide a clear framework to foster the growth of a Houston that is both a healthy place to live, as well as an equitable, inclusive, and affordable city that leads in climate mitigation and adaptation and offers a transformative economy that builds forward.  To learn more about the CAP or Resilient Houston, visit www.greenhoustontx.gov.