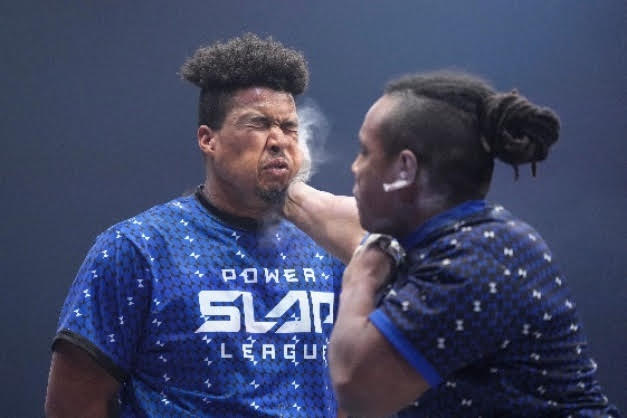 POWER SLAP: ROAD TO THE TITLE

Athletes from Dana White’s new slap fighting combat sports league, Power Slap, will be featured in the new eight-episode unscripted series that will introduce fans to the sport as they compete for a coveted spot in the Power Slap house and future opportunities for glory.

During the season, audiences will see weekly Power Slap matches and get to know more about the competitors and their athletic journeys. Athletes will compete in four weight divisions, including welterweight (170 lbs.), middleweight (185 lbs.), light heavyweight (205 lbs.) and heavyweight (265 lbs.). As athletes rise in the rankings, fans will find out which athletes from each weight class will compete for a Power Slap title.