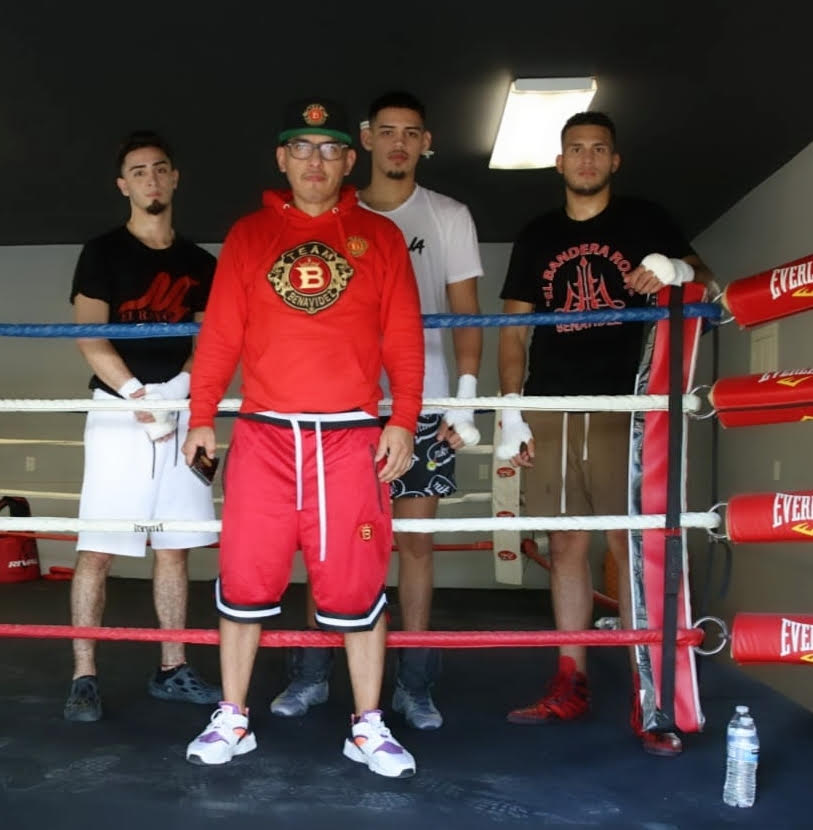 (January 17th, 2022 – San Diego, CA) – Rising Prospect, Diego Pacheco, (13-0, 10 KOs), has made some changes in his training camp and will now train alongside Two Time World Champion, David Benavidez with trainer Jose Benavidez Jr. March 5th, Diego Pacheco returns to the ring on the undercard of #EstradaChocolatito3 at the Pechanga Arena in San Diego, CA.
Pacheco had an amazing Amateur career and was ranked Top Middleweight Amateur by both the United States and Mexico. All eyes were on Diego Pacheco when he was ready to turn professional. Eddie Hearn immediately stepped up and signed him to Matchroom USA making his Professional debut December 22, 2018. Now, under the tutelage of Jose Benavidez Sr., Pacheco believes there is so much more he can learn and only better his performance to give the fans the explosive style they love.
Jose Benavidez Sr. is enthusiastic about adding him to his stable of fighters. Being a self taught trainer, he made both his sons, Jose Jr. and David Benavidez World Champions. He believes it is essential to put in the hard work in the gym, as well as building his fighters careers outside of the ring. Training camp started today for Diego Pacheco, David Benavidez and Jose “Rayo” Valenzuela who all have their upcoming respective fights.